Proposed Connecticut Act: "Maybe You Trust Your Kids, But What About Your Son's New Wife?" 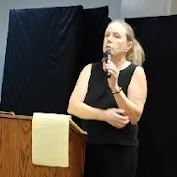 My name is Margaret Dore. I am a licensed attorney and president of Choice is an Illusion, a nonprofit
corporation opposed to assisted suicide and euthanasia. I have personally testified in 20 U.S. legislatures, including Connecticut, and also internationally. I oppose Raised Bill No. 88.

Yesterday, I submitted a formal legal analysis detailing problems with the proposed Act, that it is not what it's sold to be.

I also encourage you to look at my website, which has an online version of my analysis, which can be viewed here.

The proposed Act seeks to legalize "aid in dying," which has been a euphemism for assisted suicide and euthanasia since at least 1992. I have documentation to that effect in my memo.

I have a friend named Jeanette Hall, who made a settled decision to use Oregon's Act. Her doctor, after several conversations, was able to talk her out of it. This was over 20 years ago. She is still alive today.

I want to talk about how the Act works.

There is an application process. Once the lethal dose is in the house, there is no oversight.

Two people are allowed to be there. One leaves alive; the other leaves dead. What happened?

If the one who leaves alive is an heir, that person is allowed to inherit. The reason is that the death certificate is required to list a natural death as a matter of law. This point is addressed in my memo as to why that's true.

So that's why a perpetrator would be allowed to inherit and not be prosecuted even if the death wasn't voluntary.

So people with money, meaning the middle class and above, will be rendered sitting ducks to their heirs and other relatives.

So, of course, that is your demographic.

Maybe you trust your kids, but what about your son's new wife?